Arthritis, whether it is osteoarthritis, rheumatoid arthritis, or gout, have the common symptoms of inflammation of one or more joints. This is accompanied by pain, swelling and sometimes joint deformity.

Scientists have found some very effective anti-inflammatory agents in our own kitchen and they can easily be integrated into the daily diet.

Ginger– is a powerful root and spice that contains the compounds known as gingerols. These active components have strong anti-inflammatory properties to help reduce inflammation in the body.

Culinary tip: Ginger has a spicy and slightly sweet flavor that can add a delicious flavor to many dishes. It goes well in soups and stews, stir-fry’s, and even delicious added to the morning smoothie.

Turmeric: is another powerful root and spice that has been shown to be an affective compound in combating inflammatory in the body. The active component in turmeric is curcumin, an antioxidant, that helps to fight of free radicals and reduce oxidative stress.

Culinary tip: Turmeric has a very strong flavor. So if your not used to it, start out will just a little then work up from there. Turmeric can be added to soups and stews, in broths, or on top of your eggs.

Cinnamon: is a rather delicious spice has a number of health benefits. Specific to inflammation and arthritis, cinnamon can help inhibit the release of inflammatory fatty acids.

Culinary Tip: Add cinnamon in your smoothies, homemade nut milks, or on top of your morning oats.

Here’s a delicious oat-in-a-jar recipe that can help to boost brain power and reduce inflammation.

Berries: These little gems are loaded with antioxidants making them a powerful compound to help combat free radicals, a toxic byproduct, that development in the body and they assist in reducing the damage that is caused to the cells by the free radicals.

Culinary tip: As we know berries are a delicious snack to be eaten by the handful. They also make smoothies, or on top of a salad or breakfast cereal.

Extra virgin olive oil: contains omega-3 fatty acids that help to reduce inflammation in the body. Olive oil also has a host of other benefits, including a heart protective effect, and supports nervous system and brain health.

Fat is essential and we need it just as much as any other nutrients but it’s important to choose the right type of fats to benefit from their nutrients.

Culinary Tip: Salad dressing are easy to make with only a few ingredients that you probably already have on hand. In a small mason jar add olive oil, balsamic, lemon juice, a little bit of thyme and oregano, salt and pepper, then with a lid shake until well combined. Voila, you’ve got a simple and quick salad dressing made from scratch.

Interestingly, scientists have also found that a diet high in refined grains, sugary soft drinks, processed meat and even diet soft drinks can encourage both inflammation and type 2 diabetes.

Welcome to my kitchen! 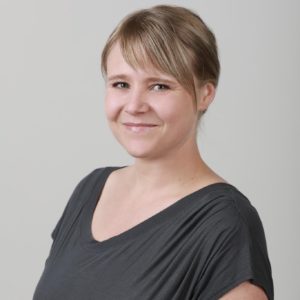 Here you’ll find all the information you need to get on top of mealtime, reduce mealtime stress, free up time during your busy week, and create more connection with your family at the dinner table. 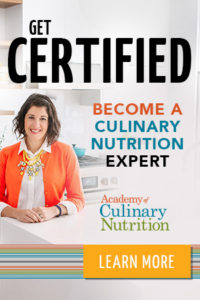